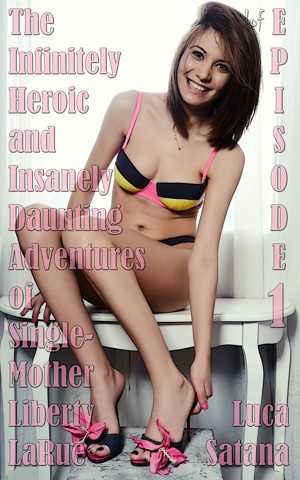 Hey you! Would you like to get discounts on Luca Satana and Byzantine Thomas books? All you have to do is go to the Legion Of Filth Website and become a member (IT'S FREE!!!) and you'll get instant access to tons of coupon codes! Tons of savings! Check it out now!

About the Series: The Infinitely Heroic and Insanely Daunting Adventures of Single-Mother Liberty LaRue

Liberty LaRue was probably the most loving, most giving woman, and mother, anyone could ever imagine. However, her good deeds didn’t stop there. She was also driven to do good. To do the right thing. By herself. By her sons and daughters. By her family. And by the world. That kind of devotion is something of legend. Of something so rarely seen or understood, one can only hope to someday fathom her grand and charitable contribution to the world.

You have subscribed to alerts for Luca Satana.

You have been added to Luca Satana's favorite list.

You can also sign-up to receive email notifications whenever Luca Satana releases a new book.