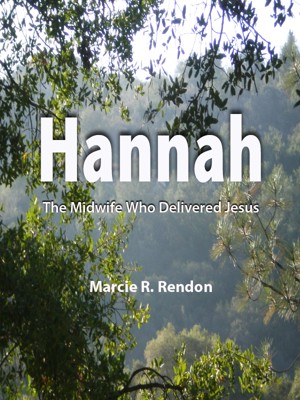 Hannah The Midwife Who Delivered Jesus

Miigwetch to everyone who purchases my work. Thank you so much.
Marcie Rendon, White Earth Anishinabe, is a mother, grandmother, author, playwright, poet, and sometimes performance artist. In 2010 she completed a research book project; Native Artists: Livelihoods, Resources, Space, Gifts with Professor Ann Markusen. Her poetry has been published in numerous anthologies, most recently in: Sing edited by Allison Adelle Hedge Coke and Traces in Blood, Bone and Stone edited by Kimberly Blaseser. In 2011 she performed a True Ghost Story for Spirit in the House and reads her work in a series of readings with four other women who write about historical trauma. As Raving Native Productions producer she curated Return of the Native Rave at Manna Fest (a fringe fest in Minneapolis focusing on the spiritual) in 2008. Her script, Rough Face Girl, was the premier production for the newly formed AIRT (American Indian Repertory Theater) in Lawrence, Kansas, 2008.

Reviews of Hannah The Midwife Who Delivered Jesus by Marcie Rendon

You have subscribed to alerts for Marcie Rendon.

You have been added to Marcie Rendon's favorite list.

You can also sign-up to receive email notifications whenever Marcie Rendon releases a new book.