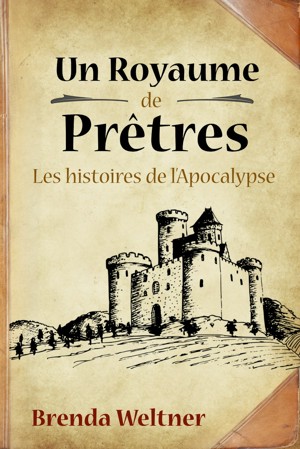 Brenda Weltner has been fascinated by Bible prophecy, staring from the moment she became a Christian in the early 70’s, singing “I Wish We’d All Been Ready” in her church youth group. She’s taught Women’s Bible study groups for over 30 years in several different churches, but she never tackled the book of Revelation —until 2017.
It was then that the Great Sign of Revelation 12:1-2 grabbed her full attention. At a time when other end time watchers were content to focus on the prophetic timing of the rapture and current events, Brenda was drawn into actually decoding and deciphering the Book of Revelation. A Kingdom of Priests: The Stories of Revelation is the culmination of more than three years of prayer and focused obsession with the book of Revelation. “Eating, sleeping and dreaming” the Apocalypse until the long-hidden truths within started to be revealed.
Brenda and her husband, Tom, have 7 children, 19 grandchildren and recently welcomed their first great-grandchild. They live on a small hobby farm in Idaho, with their dog, a red-nosed Rhodesian Ridgeback named River.

You have subscribed to alerts for Brenda Weltner.

You have been added to Brenda Weltner's favorite list.

You can also sign-up to receive email notifications whenever Brenda Weltner releases a new book.