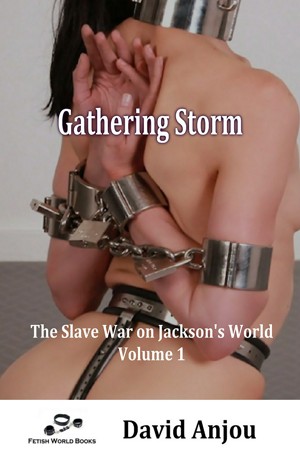 The kingdom is the only settled state on the planet, occupying a fertile delta at the northern tip of the southern continent. A narrow sea separates it from a larger and mostly unmapped body of land, where from the earliest years of the colony fugitives, escapees, ne’er-do-wells and refugees have made their homes. Contact is limited to smuggling- which is extensive- and sporadic skirmishing, with occasional kidnappings by slavers. The inhabitants are formed into tribes, most of the population is free, and males and females enjoy equal status. With no idea of their numbers or military potential, Sephenia and some equally rash colleagues plan a series of slave raids, with the ultimate aim of conquest as a solution to the shortage of males for both use and breeding.

The scheme is misconceived, partly because they have greatly underestimated their enemy. A total want of tactical and strategic understanding doesn’t help, and when the first raid miscarries, Sephenia finds herself a prisoner of the tribal ‘President’, taking the blame for the deaths, injuries and losses that his people have suffered. She is enslaved by a people with primitive instincts but modern weapons, medicine and communications, all purloined from the kingdom. After undergoing multiple piercings, she is paraded around the territory to be whipped in all the settlements that have people through her actions. After each flogging she is made available for oral and anal use, although her sex is padlocked and reserved for the President. Although she suffers terribly, she meets some tribespeople who are not unkindly disposed to her, and when the whippings are over, her skills earn her favour with the officers and captains of the tribal forces preparing to invade the kingdom. There, frantic preparations are being made by the sex-obsessed nobles and their slaves for a conflict in which they will be outnumbered by an enemy who is planning the worst atrocities imaginable in order to terrify them into submission.

You have subscribed to alerts for David Anjou.

You have been added to David Anjou's favorite list.

You can also sign-up to receive email notifications whenever David Anjou releases a new book.