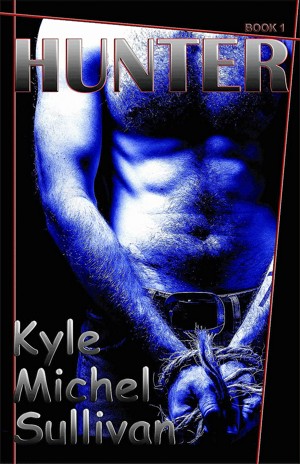 There's always a buyer for good-looking men, and that is where Hunter comes in. He'll track them down, capture them, and bring them to you. For a price, of course. And the more difficult the hunt, the more he likes it. Until he becomes the hunted one. More
Hunter is a businessman who's found his niche -- men. Good-looking men to be provided to a network that will then offer them to a very wealthy, very exclusive clientele. That these men are usually straight and unwilling is beside the point.

He takes great joy in fulfilling orders that come his way. However, his greatest pleasure comes from handling special orders, where he has to track down and capture a man who has been specifically chosen, no matter what the cost.

Book One begins with him on his latest job -- providing a young, well-known Brazilian model to a regular client. But things aren't going exactly as planned, for a change, and during a lull Hunter reflects on how he first got into the business, wonders if he's been at it for too long, and begins to suspect someone is out to get him.
Available ebook formats: epub mobi pdf lrf pdb txt html
First 20% Sample: epub mobi (Kindle) lrf more Online Reader
pdb
Price: $0.99 USD
Buy Add to Library Give as a Gift
How gifting works
Create Widget
Tags: gay literotica gay slavery stalker men slavery sex noncon gay noncon mm noncon rape stalker gay gay literotica
About Kyle Michel Sullivan

Kyle Michel Sullivan is a writer and self-involved artist out to change the world until it changes him...as has already happened in far too many ways.

He has written books that range from sunshine and light ("David Martin") to cold and dark ("How To Rape A Straight Guy", which has been banned a couple of times) to flat out crazy ("The Lyons' Den") to mainstream ("The Alice '65"). He has now ventured into SF-Horror-Suspense with "The Beast in the Nothing Room" and taken Capitalism to its logical extreme in "Hunter".

He is now working to complete "A Place of Safety", his Irish novel, using Tolstoy as his guide, and is trying to build characters as vivid and real as possible. He has a lot of fun doing it mixed with angst, anger, and amazement ... but that's the lot of a writer.

His paperbacks and hardcovers are available through Amazon, B&N and any independent book shop.