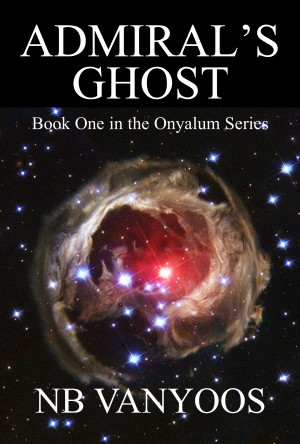 Author NB VanYoos has traveled many paths wearing many hats. He was a communications soldier in the US Army, a software engineer in the high-tech industry, a lobby bartender at a posh hotel, and a teacher of mathematics to aspiring young high school students. Over this diverse background, he has acquired a vast wealth of experience which is integrated into his writing. From tragedies to romance, war to peace, inebriation to sobriety, his characters travel a varied path wearing many hats.

NB VanYoos was awarded the Army Achievement and Army Commendation medals during his tour of duty in the US Army. He often jokes that he helped win the cold war. After completing his military obligation, he acquired a Bachelor of Science in Computer Science and a Master of Arts in Curriculum and Instruction before beginning his writing career. Although he admits he has written many thousands of lines of code and technical documentation while a software engineer, his passion has always been to write science fiction.

He and his wife married shortly after graduating from college, but waited many years before having their two wonderful children. During that time span, they worked hard in their respective careers, traveling from Colorado to Washington state and back again. As he was starting graduate school to acquire his teaching credentials, he dusted off a first chapter of a book he had started many years before but had put aside while pursuing his programming career. Eighteen months later, that first chapter turned into a book sparking the Onyalum Series, a trilogy following the adventures and mishaps of a naive drug dealer from Los Angeles now lost in the cosmos.

The author spends his time teaching high school students the value of mathematics while helping to raise two young girls and train one young puppy. When time permits, he and his wife still pursue their love of live concerts, camping in the mountains, golfing, and traveling to see friends and family. They currently live in Colorado where he continues to write books in the Onyalum Series while he entertains and educates readers with his two blogs.

Onyalum, ethereal creatures that can possess the dead, bringing them back to a life of illusion and ill-will. Hiding inside their host bodies, Onyalum live out their lives portraying their assumed person while seeking power, corruption and control. What would happen when one of these agents of evil merges with an insignificant human before being thrust into the Universe? Tyler Jensen is that hapless human. He is a drug dealer from Los Angeles who must battle his addictions while finding his way through an unknown Universe merged with an agent of destruction. Together they share a multitude of lives across many worlds, forever changing them and the Universe in the process.

I can't find anything good to say about this book. I gave up after about 40 pages.

You have subscribed to alerts for NB VanYoos.

You have been added to NB VanYoos's favorite list.

You can also sign-up to receive email notifications whenever NB VanYoos releases a new book.