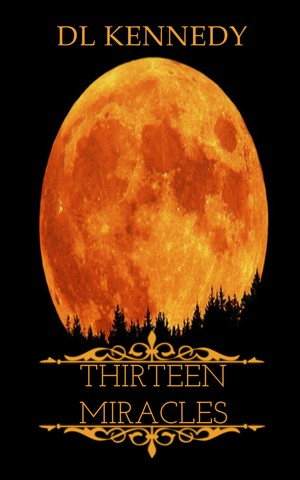 By DL Kennedy
A woman's search for God ends in a miraculous rescue mission in the marijuana fields of the Devil's Backbone. More
Legend says it was the landing spot for Lucifer when he was cast out of heaven. That's not the only thing it's known for. It is also a land of marijuana fields, opium poppies, kidnappings, and drug-related killings. It's the last place you would expect to find God, but Abby Welles is looking for Him there, and her search will lead her on a miraculous rescue mission inside the heart of The Devil's Backbone.

But she is running out of time, and she may have already run out of luck.

DL Kennedy has done a lot of different things over the years, but she has always considered herself a writer. She has a varied career—from candy striper, blackjack dealer, and pit boss—to professional driver, MT, and victims' advocate with her local police department. She also served as a Military Police woman in the Army in her youth. She mostly worked law enforcement, but she was also attached to PSD, Personal Security Detachment. They provided security for high-ranking officers. At one point, her team also provided residential security for the CIA Station Chief in Frankfurt, Germany. She mostly worked uniform, but she has also done some undercover. Among other things, her Military Occupational Specialty and training included law enforcement, crime scene investigation, counterterrorism, bomb threats, and hostage situations. She has traveled extensively inside and outside of the United States. She writes part time from her home in Colorado.

You have subscribed to alerts for DL Kennedy.

You have been added to DL Kennedy's favorite list.

You can also sign-up to receive email notifications whenever DL Kennedy releases a new book.