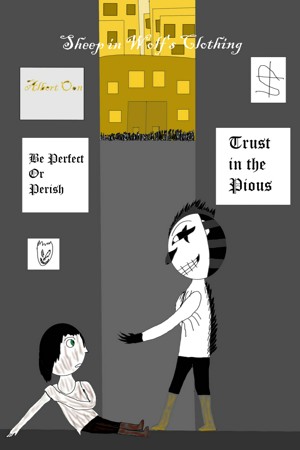 About the Series: From Sinner to Saint: Clawing Up to Heaven

Any Sinner Can Become a Saint
Everyone sins, but few repent when they're addicted to sin. These three stories follow the tales of people stuck in sin and struggle to get out. It'll take a miracle for them to be saved, but through God, all things are possible.
Sainthood can only be obtained through hardship as these tales can either end in Heaven or Hell.

Also in Series: From Sinner to Saint: Clawing Up to Heaven