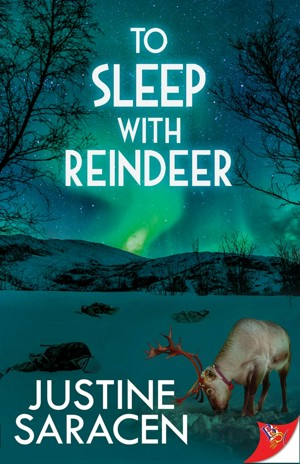 To Sleep With Reindeer

By Justine Saracen
In Norway under Nazi occupation, Marrit, an Indigenous woman; and Kirsten, a Norwegian resister, join forces to stop the development of an atomic weapon. More
Norwegian Kirsten Brun, a Nazi resister, has one mission: destroy the installation that produces the chemicals Germany needs for an atomic weapon. Unfortunately, her first attempt fails, leaving her injured and unconscious in the Arctic snow.

The Indigenous Sami people have tried to remain outside the conflict, but when Marrit Ragnar and the reindeer she herds discover Kristen and save her life, joining the battle is inevitable. A misfit in her own culture, Marrit participates in the second destruction attempt in order to avenge the killing of her family.

Kirsten’s and Marrit’s feelings for each other grow deeper, but each attack they join is costly in blood and conscience and nearly tears them apart. Should they carry on with the carnage for a questionable cause, or retreat north with the gentle reindeer?

A recovered academic, Justine Saracen started out producing dreary theses, dissertations and articles for esoteric literary journals. Writing fiction, it turned out, was way more fun. With seven historical thrillers now under her literary belt, she has moved from Ancient Egyptian theology (The 100th Generation) to the Crusades (2007 Lammy-nominated Vulture’s Kiss) to the Roman Renaissance.

Sistine Heresy, which conjures up a thoroughly blasphemic backstory to Michelangelo’s Sistine Chapel frescoes, won a 2009 Independent Publisher’s Award (IPPY) and was a finalist in the ForeWord Book of the Year Award.

The Eddie Izzard inspired novel, Sarah, Son of God followed soon after. In the story within a story, a transgendered beauty takes us through Stonewall-rioting New York, Venice under the Inquisition, and Nero’s Rome. The novel won the Rainbow First Prize for Best Transgendered Novel.

Her second WWII thriller Tyger, Tyger, Burning Bright, which follows the lives of four homosexuals during the Third Reich, won the 2012 Rainbow First Prize for Historical Novel. Having lived in Germany and taught courses on 20th Century German history, Justine is deeply engaged in the moral issues of the ‘urge to war’ and the ease with which it infects.

Beloved Gomorrah, appearing March 2013, marks a return to her critique of Bible myths – in this case an LGBT version of Sodom and Gomorrah — though it also involves a lot of Red Sea diving and the dangerous allure of a certain Hollywood actress.

Saracen lives on a “charming little winding street in Brussels.” Being an adopted European has brought her close to the memories of WWII and engendered a sort of obsession with the war years. Waiting for the Violins, her work in progress, tells of an English nurse, nearly killed while fleeing Dunkirk, who returns as a British spy and joins forces with the Belgian resistance. In a year of constant terror, she discovers both betrayal and heroism and learns how very costly love can be.

When dwelling in reality, Justine’s favorite pursuits are scuba diving and listening to opera. 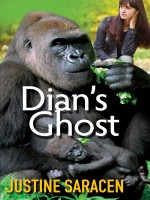 You have subscribed to alerts for Justine Saracen.

You have been added to Justine Saracen's favorite list.

You can also sign-up to receive email notifications whenever Justine Saracen releases a new book.