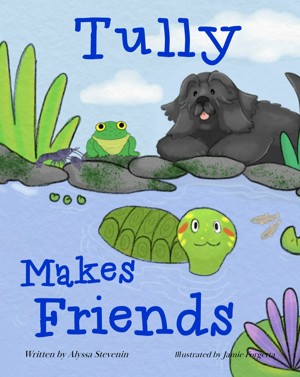 By Stillwater River Publications
Tully the Turtle feels small and lonely in his big pond. He isn’t very good at catching worms or making friends. Then one day, he is scooped up and finds himself in a new and exciting place. Will he finally have the chance to make new friends?
Available ebook formats: epub
Price: $7.99 USD
Buy Add to Library Give as a Gift
How gifting works
Create Widget
Tags: friendship disability social story
About Stillwater River Publications

Steven & Dawn Porter have been writing and producing books and magazines together since the late eighties when they collaborated on literary magazines and yearbooks at the University of Rhode Island.

Steven is the author of two novels -- "Confessions of the Meek & the Valiant" and "Manisses," which was honored by the New England Book Festival as one of the Best Books of 2013. Steve also served as the Director of Advertising and Public Relations for Lauriat's Bookstores.

Dawn holds a masters degree from Johnson & Wales University, and is an experienced book designer and editor. In 2013, she wrote and published her first book, "Searching for Rhode Island," which was named a finalist at the Independent Publishers of New England (IPNE) First Annual Book Awards.

You have subscribed to alerts for Stillwater River Publications.

You have been added to Stillwater River Publications's favorite list.

You can also sign-up to receive email notifications whenever Stillwater River Publications releases a new book.