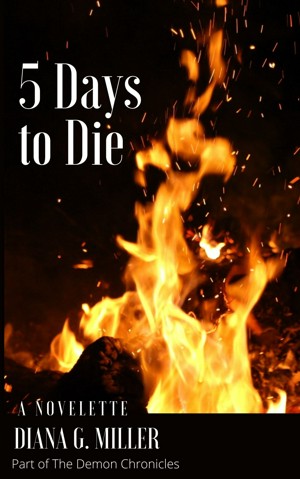 By Diana G. Miller
Britta loves Andrew. His twin brother Arius? Not so much. When Master Amani orders her to kill Andrew, Britta finds herself making a macabre deal with Arius to kill him instead, but things goes horribly wrong. Sometimes it's best to keep what you have instead of making a deal with a demon.

Diana's debut novel Descent drops April 13th, 2021 through FyreSyde publishing, with the sequel dropping only a few weeks later. She also has a novelette published and available for free, which takes place in the same world as her other books in The Demon Chronicles.

Diana is an extremely active educator with further interests in curriculum and supervision when she is not teaching. She has two degrees in education and is currently working on a third. She lives in rural PA with her husband, three children, and her cat named Arthur.

You have subscribed to alerts for Diana G. Miller.

You have been added to Diana G. Miller's favorite list.

You can also sign-up to receive email notifications whenever Diana G. Miller releases a new book.