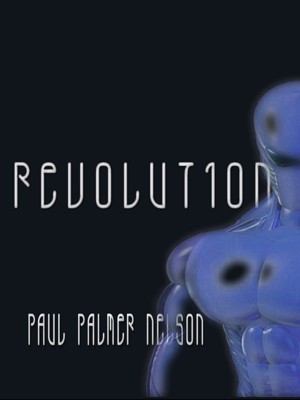 By Paul Palmer-Nelson
Rated 3.67/5 based on 3 reviews
In 1947 something not from our world crashed in a remote desert - in 2032 it's legacy will threaten mankind's very existence More
30 years from now a small organisation watches over Earth separately from the influence of nations. Armed with technology hundreds of years more advanced than our own designation 115 picks his own ideology and decides mankind has had it's day...

I write sometimes and hope that its good!

Reviews of Revolution by Paul Palmer-Nelson

Spoiler Alert, there is no revolution in this story. Instead it is about a group of genetically modified humans and their technology. It all came from Roswell and area 51. The government kept the secret, reverse engineered the technology and bred a small band of top secret warriors augmented and controlled by that technology. One of them finds a way out of the government's control and decides it's his duty to destroy all life on Earth. His mind becomes deranged due to merging with the semi-biological alien exoskeleton that he kept on for too long.

For me the premise doesn't work because I don't believe in the Roswell/area 51 conspiracy theories. There are too many conscientious people in government jobs and too many high powered intelligence operations aimed at the Amercian military. Even if we were able to keep it secret from the American public and press, we could not keep it secret from the Russians, Chinese and North Koreans. The fact that the alien science discovered in the saucer violates the conservation of mass and energy and a few other basic facts of science also reduces the believeability of the story. It's entertainment value overrides that in a way if you consider impossible battles between impossible superheroes entertaining. If you do, this is a good story.

While the story itself is good, the prose is often juvenile and the proofreading is fine in some spots and impenetrable at others. There are some points where the science is good and some others where it is so wrong that you want to laugh or cry. There is too much violence and it is pretty brutal but unrealistic so it is not as disgusting as it would be if it was more real. There is a love interest in the story but nothing explicit.

Sorry, forgot to add the stars!

(review of free book)
Artbeat reviewed on July 8, 2014
(no rating)
Excellent ! Apart from the obvious grammar fails! I do however take the previous reviewer to task - homely was the right word to use it means unattractive or plain - homey has an entirely different meaning! Well done, a good read.

Good concept & read, & the reason for only 4 stars was the poor punctuation, grammar mistakes, & the author's misuse of some words. One funny example was he meant to use the word homey or comely, but instead chose homely, several times. Still a fun read, though.

You have subscribed to alerts for Paul Palmer-Nelson.

You have been added to Paul Palmer-Nelson's favorite list.

You can also sign-up to receive email notifications whenever Paul Palmer-Nelson releases a new book.