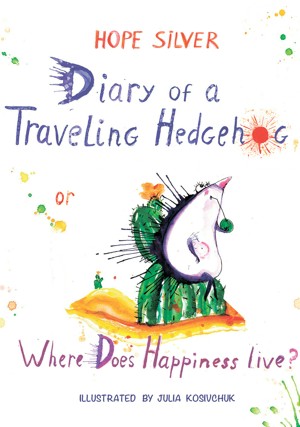 Diary of a Traveling Hedgehog

Hope Silver is a Russian author, born in Siberia. Her pen name is the translation of her lengthy given name, Nadezhda Serebrennikova.

Hope began her writing career as a journalist for several newspapers in St. Petersburg, before moving to Karlovy Vary in the Czech Republic, where she completed "Born—Against All Odds," her first novel. After winning the green card lottery in 2013, she and her family emigrated to the United States.

In 2015, the Russian original of "Born—Against All Odds" won the ‘Best Book of the Year’ award in the fantasy genre at the International Russian Writers Competition in Germany. The following year, Krystyna Steiger’s English translation was awarded second prize at the 2016 Open Eurasia 5th International Writers Competition in London. Hope now resides in Berkeley, California, with her husband, son and daughter, who inspired her to write this magical narrative, in which fantasy and reality seamlessly overlap.

Hope recently authored and published "Curious Things," a collection of flash fiction, in which she endows inanimate objects with human emotions. She is an avid writer of children’s stories and an active blogger, who writes about her travels and other adventures.

Reviews of Diary of a Traveling Hedgehog by Hope Silver

You have subscribed to alerts for Hope Silver.

You have been added to Hope Silver's favorite list.

You can also sign-up to receive email notifications whenever Hope Silver releases a new book.