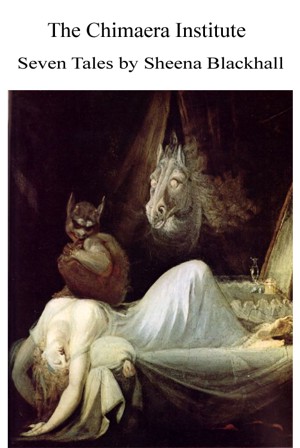 As on Wiki: Sheena Blackhall (b. Sheena Booth Middleton) was born in 1947 in Aberdeen, daughter of the manager of Strachan's Deeside Omnibus Service, Charles Middleton, and his second cousin, farmer's daughter Winifred Booth. She was educated in Aberdeen, but summered in Ballater for many years. Her brother, Ian Middleton, was an accomplished organist and clavichord player, who was the manager of a merchant bank in São Paulo, Brazil, where he settled and died.[2] During the typhoid epidemic in Aberdeen of 1964, Blackhall was hospitalized in the town's City Hospital for several weeks.[3] The family transport firm, owned by her aunt, closed as a side effect of this. After a year's study at Gray's School of Art, Blackhall passed a teaching diploma and worked for a time as a special needs teacher, marrying and raising a family of 4 in this period, when she wrote children's stories for BBC Radio Scotland. In 1994 she obtained a Bsc (Hons. Psych) from the Open University, going on to gain an M.Litt with Distinction from Aberdeen University in 2000. From 1998-2003 she was Creative Writing Fellow in Scots at [4] Aberdeen University's [1] Elphinstone Institute and is currently attached to the Institute as an Honorary Research Associate. In 2003 she travelled as part of a group to Washington, showcasing Scotland's culture as a guest of the Smithsonian Institution. In 2007 she was Creative Writing Tutor at the Institute of Irish and Scottish studies at King's College, and two years later was Writer in Residence during Aberdeen University's Word Festival.[5] In April 2009 she was inaugurated as Makar[6] for Aberdeen [7] and the North East of Scotland.[8] She has won the Robert McLellan tassie for best Scots short story 3 times (1989,1990,2001) and the Hugh MacDiarmid trophy for best Scots poem 4 times (1990,2000,2001,2010). In 1992 she shared the Sloane Award with Matthew Fitt from St. Andrew's University. Other prizes include awards from the Doric Festival, the Bennachie Baillies, and from the TMSA for ballad writing and traditional singing. She has twice been shortlisted for the Callum Macdonald Poetry Pamphlet prize (2005 & 2009). In 2007, Lallans Magazine awarded her the William Gilchrist Graham prize for best Scots short story. She has also been shortlisted for the McCash poetry prize.
Blackhall worked alongside Aberdeen's well loved 'first lady of drama' Annie Henderson Inglis MBE at Aberdeen Arts Centre, from 2003-2010 delivering weekend storytelling and drama workshops for three to eight year olds. 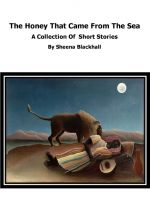 You have subscribed to alerts for Sheena Blackhall.

You have been added to Sheena Blackhall's favorite list.

You can also sign-up to receive email notifications whenever Sheena Blackhall releases a new book.