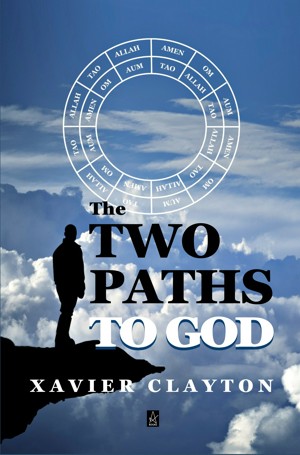 The Two Paths to God

By Xavier Clayton
The majority of the world's 6 billion spiritualists often use a mantra to help them to connect to God through prayer and meditation. More
The most common of these words are "Om", "Amen", "AUM", "Allah" and "Tao". The Two Paths to God will be the first book to analyze these Five World Mantras from both a scientific and spiritual viewpoint. This book will appeal not only to the millions of Muslims, Christians, Buddhists and Jews who use these words but also to many scientists and millennials. The reader will be taken on a journey into the root meanings of these words, as written in the textbooks these religions originate from, and then shown how these words resonate synergistically.

Born into a Baptist family in Seattle, a friend unexpectedly sent Xavier “The Tao Te Ching” in 1991. From there, his decades-long interest in the World’s Religions began. His successful music career allowed him to travel to many spiritual centers worldwide. On these journeys, he would take notes on the prayer techniques he discovered. His personal experiences involve Orthodox Catholicism, Islam, Judaism, Hinduism, Siddha Shiva Yoga and Buddhism. However, by combining his 20-year scientific background with these various prayer methods is how he began writing “The Six Steps of Scientific Prayer”. Xavier speaks 3 languages and lives in Marseille, France.

You have subscribed to alerts for Xavier Clayton.

You have been added to Xavier Clayton's favorite list.

You can also sign-up to receive email notifications whenever Xavier Clayton releases a new book.