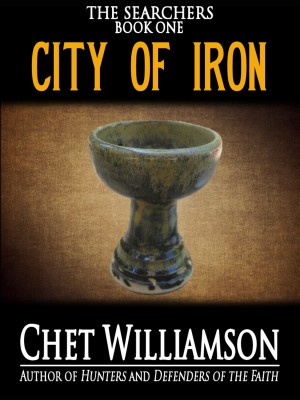 City of Iron - The Searchers Book I

Their identities are a secret. Their mission does not exist. There is no one they can trust…not even the one man pulling the strings. More
Something is out there, and everything we know, everything we believe, everything we are – is doomed.

Their identities are a secret. Their mission does not exist. There is no one they can trust…not even the one man pulling the strings.

A trio of uniquely talented CIA operatives, their mission to explain the inexplicable: to debunk the work of psychic tricksters, magicians and frauds whose calculated deceptions pose a serious threat to security and the national psyche. But the strange disappearance of an artist in New York , coupled with the discovery of elevn charred bodies in an Adirondack mountain lodge – corpses that forensic evidence indicates are centuries old – suggest to agents Laika Harris, Tony Luciano, and Joseph Stein that there is more to their assignment than they've been led to believe, that the truth they seek is rooted in a conspiracy that stretches back countless millennia and is centered around the release of the most powerful prisoner the world has ever known – a conspiracy that could shatter every belief about the origin of man…and God.
Available ebook formats: epub mobi pdf lrf pdb html
First 20% Sample: epub mobi (Kindle) lrf more Online Reader
pdb
Price: $3.99 USD
Buy Add to Library Give as a Gift
How gifting works
Create Widget
Tags: agents occult magic supernatural holy grail ancient evil government agency xfiles
About Chet Williamson

Chet Wiliamson sold hisfirst story in 1981. Since then he's published twenty-five books and over a hundred short stories in anthologies and such magazines as The New Yorker, Playboy, Esquire, The Magazine of Fantasy and Science Fiction, and many others.

His work has been adapted for film and TV, and has been published worldwide. Mr. Williamson won the International Horror Guild Award, and been shortlisted for the World Fantasy Award (twice), the MWA’s Edgar, and the HWA’s Bram Stoker Award (six times). He write plays as well as fiction.

Also a member of Actors’ Equity Association who occasionally acts in professional theaters in his area, the author has a fine, trained voice and the rare ability to narrate his own books in a manner that truly brings them to life. 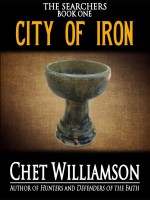 Also in Series: The Searchers Trilogy 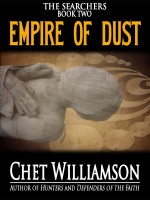 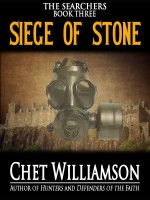 You have subscribed to Smashwords Alerts new release notifications for Chet Williamson.

You have been added to Chet Williamson's favorite list.

You can also sign-up to receive email notifications whenever Chet Williamson releases a new book.