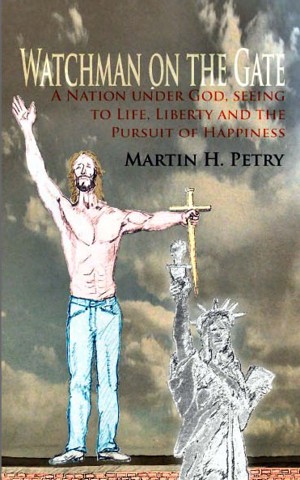 Watchman on the Gate

By Martin Petry
Men's promises mean nothing as is evident for the last general and midterm elections. Watchman on the Gate is an unusual bit of writing for these very unusual days of living. What the reader must decide is what choice can be made for restoring our greatness as a nation. I am here to point out where the greatness comes from and lives.
Available ebook formats: epub mobi pdf rtf lrf pdb txt html
First 20% Sample: epub mobi (Kindle) lrf more Online Reader
pdb
Price: $2.00 USD
Buy Add to Library Give as a Gift
How gifting works
Create Widget
Tags: faith politics petry hypocronance convoking
About Martin Petry

My books span more than a few genres; fiction, non-fiction, poetry, political, etc. My first novel was Hard Justice; The Violation, which was meant to be the first in a trilogy, which later became a series as the story refused to end.

I've written several books of poetry, which are collections of pieces I've been moved to write over the course of many years. There is one more in the collection which more reflects where I am now in the world, it is titled, "At the Foot of the Cross".

My co-authored, dual autobiographies; Convoking Hell and Conjuring Love have been called many things, from uplifting to horrifying. Judge for yourselves.

A Man, a Dog and a Ball was something that I was moved by God to write and it is a complete departure in style from anything else I've penned. It's a new American Classic. We at My Mutt Publications would like to help animal rescue groups with the proceeds from this work of fiction.

Enjoy the work and catch up with me on my forum at http://www.usamutt.com or on Twitter! 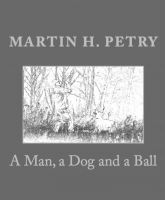 Reviews of Watchman on the Gate by Martin Petry

You have subscribed to alerts for Martin Petry.

You have been added to Martin Petry's favorite list.

You can also sign-up to receive email notifications whenever Martin Petry releases a new book.