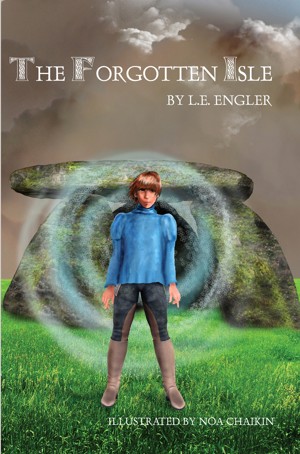 After a long career working with books - first as a buyer for a national retail book chain, then as a production associate publishing leather-bound classic books, I decided to use my creative energy to actually write some books! My kids were a great inspiration.

The concept for "Into the Outside" (which began life with working title "Out of Ewr") has been around since about 2005, and the novels have been floating around in my head since then. The first "Into the Outside" short story was released on Kindle in Nov. 2013, and the full length novel to follow later in 2014.

I currently belong to a Writer's Group in northern Vermont, and I'd like to thank them all for their invaluable critiques. I wouldn't know what to do without them! And my sincerest thanks go to my best friend/editor/co-writer/bounce-off-the-wall-all-things-important-and-not-important (I'm not sure exactly what to call him) but I couldn't do any of this without him, Henry Dixon.

You have subscribed to alerts for Lynda Engler.

You have been added to Lynda Engler's favorite list.

You can also sign-up to receive email notifications whenever Lynda Engler releases a new book.