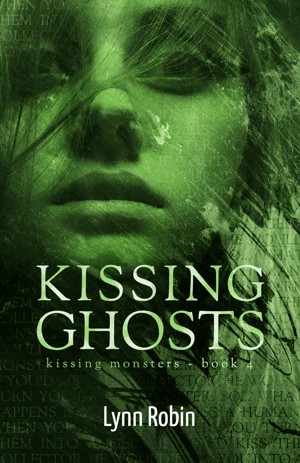 By Lynn Robin
Having revealed himself as Julian, Lock has returned Kiss’s memories to her—but the past is a painful thing and as Kiss finds herself trapped in dark recollections of a former life, Zane brings along an ally as he enters Lock’s lair, unafraid of the monsters awaiting him there, determined to find his one true love… and free her. But the games have only just begun. More
"For a wild moment Scarlet considered brushing her mouth against Julian’s—something urged her on, a need she couldn’t say she ever felt before.
Perhaps it was his beauty.
Or perhaps it was the mystery that surrounded him, something that told her there was more to him than met the eye.
Something broken."

Kiss is Scarlet; Scarlet is Kiss.

After revealing himself as Julian, Lock has returned Kiss’s memories to her—but the past is more painful than the agony she had to endure not remembering, as a tale of toxic love unravels in her mind.

As Kiss finds herself trapped in dark recollections and a version of herself that threatens to take over her new identity, Zane brings along Skylar as an ally as he enters Lock’s lair, determined to find his one true love.

But Lock has surrounded himself with all the monsters once belonging to Zane’s collection, unwilling to relinquish Kiss as he savors her heartbreak, and will do everything in his power to keep Zane from reaching her.

Confronted with their own shadowy pasts, Zane has to battle loneliness once more and Skylar has to choose to remember her old self or embrace the slumbering powers inside her… while attracting the unwanted attention of Lock.

The games have only just begun.

Lynn Robin (1992) is an author of Upper Young Adult novels in the Romantic Dark Fantasy genre.

Born and raised in the historical city of Leiden in the Netherlands, she has felt the urge to write stories ever since she was little— preferably ones with ghosts and other spooky things (probably because her parents let her watch Stephen King film adaptions when she was nine).

Next to that, she likes to add a healthy dose of romance to her books; star-crossed lovers and forbidden romances, preferably about monsters hiding in the bodies of young men, and girls blessed with angelic powers—or at least humans touched by magical abilities.

She made her debut in 2017 with her Dutch series entitled the Schimmenwereld Serie (the Phantom World series), containing six books about ghosts, angels, demons, music, dance, art, and—of course—love. She won the Best Book of 2018 award with the fourth installment, Schimmendroom (Phantom Dream), chosen by the jury of The Dutch Indie Awards.

In 2019 she debuted internationally in English with the Insomnia Saga. In 2020, she also began publishing the highly romantic Kissing Monsters series.