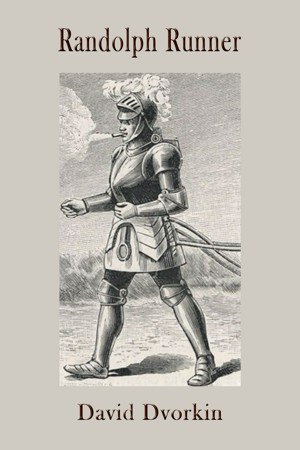 When the novel opens with the assassination of King Donald II and a coup d’état, Randolph is a mere observer. He’s the perfect robot butler–calm, quiet, competently running the household of General Henry Redgrave, architect of the coup. As the world descends into chaos, Randolph is drawn in, ever less the observer and ever more the participant, until at the end he is the center of all. More
Butler, warrior, moral philosopher, robot. Randolph is all that and more.

Randolph is the prized product of Superior Domestics, a Silicon Valley firm dedicated to producing robot servants for people who grew up watching British period costume dramas on PBS. The company’s motto is, “All the gracious living of Upstairs with none of the unseemly drama of Downstairs.”

When the novel opens with the assassination of King Donald II and a coup d’état, Randolph epitomizes that motto. He is calm, quiet, supremely competent, always in the background, and never interfering. He is a mere witness to great events. He is focused on supervising his staff and properly running the household of General Henry Redgrave, architect of the coup and would–be power behind the throne.

But Redgrave’s ambitions go far beyond standing behind the throne. He wants to be king himself, and eventually an emperor. Using the crazies of the Hundred Star Flag movement, he begins his intended wave of southern conquest at the Mexican border.

Others have similar ambitions. Anton Moravec, president of a unified, revitalized, and aggressively expansionist European Union, is at war with Russia. His ally, China, is eating up Russian territory at the other end. India watches nervously.

Two beautiful women, natural enemies, are the objects of passion of both men. Lurking in the background are the surviving members of the Trump family, scheming to get back into power.

War! Romance! Sex! Skulduggery! Artificial Intelligence! And lots of other stuff, too.

It’s all really terribly complicated. Randolph, whose personal motto is, “A place for everything and everything in its place,” could probably organize all this and bring about peace and quiet, but what human would knowingly hand that much responsibility over to a machine?

In fact, unthinking, humans have already done so. Increasingly, autonomous machines have taken over tedious duties such as transporting cargo, performing minor surgery, and blowing away trespassers. Randolph is aware of these machines but looks down on them. He and his fellow robot servants are true artificial intelligence, but the digital brains operating these other machines are merely very advanced computers. In Randolph’s opinion, they only simulate AI. However, those other machines have thoughts of their own.

As the world descends further into chaos, Randolph is drawn in, ever less the observer and ever more the participant, until at the end he is the very center of all.
Available ebook formats: epub mobi pdf lrf pdb txt html
First 20% Sample: mobi (Kindle) lrf pdb Online Reader
Price: $3.99 USD
Buy Add to Library Give as a Gift
How gifting works
Create Widget
Tags: artificial intelligence politics robots ai coup trump
About David Dvorkin