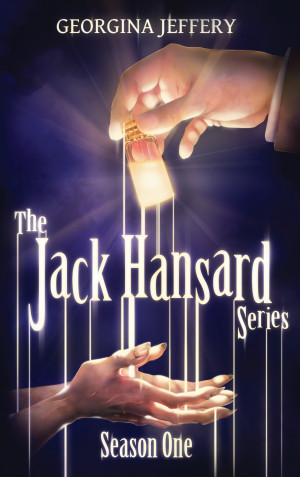 The Jack Hansard Series: Season One

By Georgina Jeffery
As a travelling occult salesman, Jack Hansard is used to living dangerously.

Told in a chain of connected short stories, The Jack Hansard Series is an episodic urban fantasy with a wide streak of humour and a lot of British folklore. Season One contains the first fifteen episodes in the series. More
Jack Hansard is the man who can sell you anything. Luck in a bottle, fame in a box, dreams on a leash... anything is possible when you’re a trader on the occult Black Market.

Georgina Jeffery is a British author of speculative fiction. She prefers fantastical stories with folkloric themes, so you'll find a lot of mythical beasties, malevolent spirits, and eldritch magic in her books.

About the Series: Jack Hansard

A series of episodic stories following the misadventures of an occult merchant.

Reviews of The Jack Hansard Series: Season One by Georgina Jeffery

You have subscribed to Smashwords Alerts new release notifications for Georgina Jeffery.

You have been added to Georgina Jeffery's favorite list.

You can also sign-up to receive email notifications whenever Georgina Jeffery releases a new book.