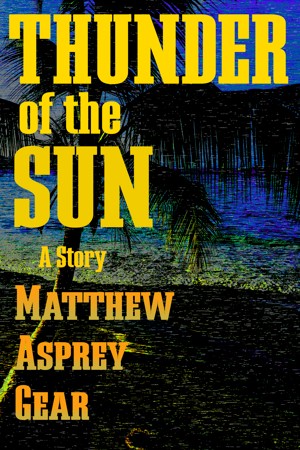 Thunder of the Sun: A Story

Amid this turmoil, two ambitious juniors from Pike's literary agency have a provocative idea. Can they persuade Pike to allow ghostwriters to write his novels? The deal could be worth a fortune, but will Pike be willing to abdicate his throne?

Set on Pike's estate on the remote tropical coast of Queensland, 'Thunder of the Sun' tells the story behind the bestsellers.

"A snobbish young man with more confidence than sense, a hard-working woman with a young son, a greedy old man grasping tightly to life...Matthew Asprey Gear lifts the lid on the seamy world of blockbuster fiction and finds that it stinks. Sharp-eyed, sardonic, and funny, this is a tale to gasp at and laugh over in equal measure." - David Manderson, author of Lost Bodies (2011)