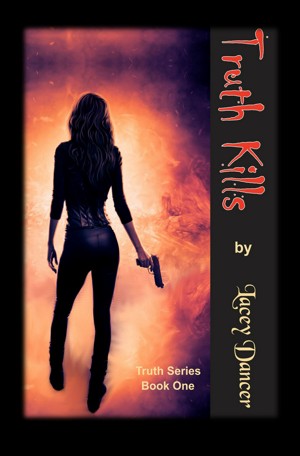 By Lacey Dancer
Felicity arrived too late to stop the attack but not too late to kill the four-man team. A sound at the front door. Gun drawn, she turned, ready to protect, to kill. Ace came in fast, his gun ready. “Give me one reason why I shouldn’t kill you where you stand,” he demanded, his eyes on Mia’s battered body. Four other bodies decorated his living room floor. "Mia needs help." More
Felicity Ramsey felt the unknown hunter closing in. She didn’t know who he was, whose orders he followed. She didn’t know if that man was the mastermind of the hunt for a dead woman that neither man had any reason to believe still lived. The computer programs she had designed offered no answers. Only her lethally honed instincts told her that all that she had created was at risk. Skye Farm and Skye/Sea existed in the sunlight, not in her shadow world. They and those who called both home and haven must be protected. It was time to go hunting but first, she had to deal with the twenty trainees who had come to the Farm for specialized instruction in covert ops, tactics, and weapons. Her classes were expensive and the screening of those who wished to attend was stringent. She had no desire to burp baby terrorists. One trainee, Mia, caught her eye. The two-week course proved that the young woman was worth the extra training Felicity had offered.

Routine monitoring of outside contacts of the trainees and the mention of a name from the past gave Felicity the lead she sought to the hunter she sensed. The hunter had a name. Ace Faulkner. The man who gave the orders raised a red flag. Chasing a dead woman made no sense. What was hiding in the shadows? More importantly. Who? Felicity knew it was time to hunt. The safety of Skye Farm and the world she had created was at stake.

Ace had no leads on the dead woman he sought. The assignment made no sense and the man who had given it to him was not someone he respected. He was chasing shadows. A message was ordered to be sent to Ace in the form of a savage beating of Mia, his one-time lover. Felicity arrived too late to stop the attack but not too late to kill the four-man team. A sound at the front door. Gun drawn, she turned, ready to protect, to kill. Ace came in fast, his gun ready. “Give me one reason why I shouldn’t kill you where you stand,” he demanded, his eyes on Mia’s battered body. Four other bodies decorated his living room floor. There was blood everywhere.“Mia needs help.” He had a choice. He could believe she was there to help or she had been a party to the beating. The four dead bodies made the first choice the most likely explanation. “You first.” He nodded toward her gun. Felicity didn’t hesitate. She tucked the Beretta in the holster at the small of her back. If she had to, she could kill him later if necessary.
Available ebook formats: epub mobi pdf lrf pdb txt html
First 20% Sample: epub mobi (Kindle) lrf more Online Reader
pdb
Price: $9.99 USD
Buy Add to Library Give as a Gift
How gifting works
Create Widget
Tags: serial fiction series fiction thriller action fiction action taut suspense books by lacey dancer north florida writers the truth series
About Lacey Dancer

About the Series: Truth 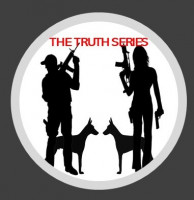 Felicity Ramsey could be anyone. Your best friend? Your worst enemy? She moved through the shadows without making a sound, no warning given. She was a hunter. She had been taught from the cradle how to seek her prey and make the kill. She hated killing but she killed. Her prey was the monster who could escape the law, could hide in plain sight from justice.

Evidence and alibis could be manufactured. Governmental lines could become borders over which the law could not pass. The monsters were many. She was just one. But there were more. The human weapons trained and formed by governments to fight wars with no real winners. Men and women who could not forget the lethal skills they had learned and reenter the world that they had fought to protect.

Skye Farm and Skye/Sea were born, created on her own private mountain. The Farm was home and haven to those lost warriors who no longer had a place in civilization. Their skills and training were sought and valued by the government and the private sector.

You have subscribed to Smashwords Alerts new release notifications for Lacey Dancer.