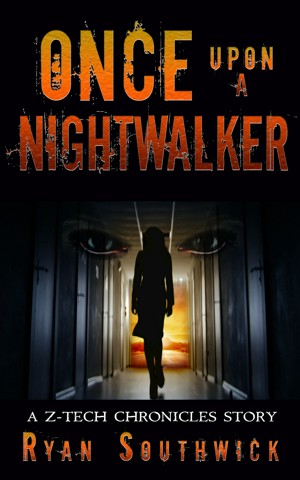 Once Upon a Nightwalker (A Z-Tech Chronicles Story)

Ryan Southwick decided to dabble at writing late in life, and quickly became obsessed with the craft. He grew up in Pennsylvania and moved to a farming town on California’s central coast during elementary school, but it was in junior high school where he had his first taste of storytelling with a small role playing group and couldn’t get enough.

In addition to half a lifetime in the software development industry, making everything from 3-D games to mission-critical business applications to help cure cancer, he was also a Radiation Therapist for many years. His technical experience, medical skills, and lifelong fascination for science fiction became the ingredients for his book series, The Z-Tech Chronicles, which combines elements of each into a fantastic contemporary tale of super-science, fantasy, and adventure, based in his Bay Area stomping grounds. Ryan’s related short story “Once Upon a Nightwalker” was published in the Corporate Catharsis anthology, available from Paper Angel Press.

Ryan currently lives in the San Francisco Bay Area with his wife and two children. You can get in touch with him and see more of his work by visiting his website RyanSouthwickAuthor.com or his Facebook page.

You have subscribed to alerts for Ryan Southwick.

You have been added to Ryan Southwick's favorite list.

You can also sign-up to receive email notifications whenever Ryan Southwick releases a new book.