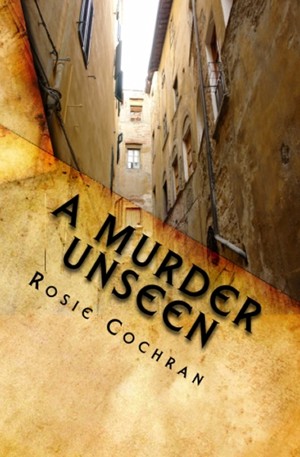 By Rosie Cochran
Rated 5.00/5 based on 4 reviews
Sandra Ford is at the wrong place at the wrong time. She doesn't see a murder. She just hears it. It seems like an impossibility to convince the police that it is more than just a figment of her imagination. That impossibility fades in comparison to the unbelievable nightmare Sandra soon finds herself in. Suddenly the police believe someone was killed--and Sandra is the prime suspect!

Welsh-born Rosie Cochran and her late husband, Matt, served as missionaries in South America for eighteen years. She is the mother of four sons.

Loved the book! So many twist and turns it kept me on the edge of my seat. I can't wait to read her other books. I hope there are more to come!

Great book! I couldn't put it down, read it in just 2 nights (only because I had to sleep!). Good plot and great suspense. I was pulled right in to the story. Many twists and turns. I fully enjoyed the book and am looking forward to reading her other books. I highly recommend this book.


Sandra Ford has it all – two young, beautiful children and a husband who is her best friend. But what she witnesses one night on the way home from work changes everything. There’s a murder in an alley, but the only thing is she didn’t see it happen, she heard it.

When a tragic car “accident” claims her family and she inadvertently survives, she realizes quickly there’s no one she can trust – even the police. She runs, not with the illusion of putting her family’s loss behind her, but to survive. She knows they will be coming after her when they realize she wasn’t in the car.

Worse yet, the law has deemed her a fugitive – wanted in the murders of both her family and the man from the alley. As she travels across the country, she begins a new life of sorts. With the deaths of her family haunting her at every turn, eventually her past catches up with her and she’s forced to run again. And worse yet everyone she comes into contact with is in danger for their lives.

Sandra then begins to realize the only way she can stop running is to return where it all started. But how is she to prove her innocence when all the evidence points at her?

Cochran orchestrates an adrenaline-charged thrill ride, pausing only long enough to allow you to catch your breath, before you’re pulled along again. If you’re looking for a book you can’t put down, and one you’re willing to lose sleep because of, this book is for you.

This author is one of the most gifted suspense writers I've ever read. Her writing style coupled with her perfection in developing anticipation had me absolutely riveted from the first page. I read from page one to chapter 24 in one sitting--even though it was 1AM--because I could not put the book down. This is the kind of skill all readers want from authors, but rarely get. The story was filled with unexpected twists and turns, and the ending was a shocker. It's written as a clean read (no cussing or sex), but you never even notice it's missing, because the author uses the English language so well. It's easy to read, easy to invest in the protagonist, and the plot is very strong. I wholeheartedly recommend A Murder Unseen.

You have subscribed to alerts for Rosie Cochran.

You have been added to Rosie Cochran's favorite list.

You can also sign-up to receive email notifications whenever Rosie Cochran releases a new book.