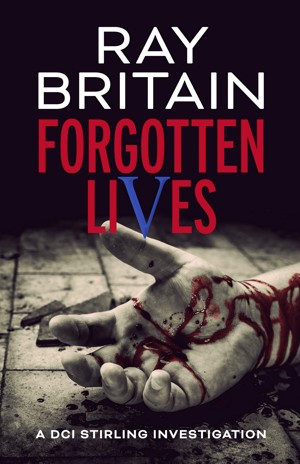 Ray Britain’s second novel ‘Forgotten Lives’ (2021) followed publication of ‘The Last Thread’ (2017). A third book, 'Fear or Favour' in the DCI Stirling series is expected to be published late 2022.
As a Senior Investigating Officer (SIO) Ray Britain led many specialist investigations. He was also a Hostage & Crisis Intervention Negotiator, a voluntary role, which saw him involved in hostage situations, many firearms operations and numerous suicide interventions, not all of which ended happily. In those specialist roles he supported national counter-terrorism capabilities, and travelled to the USA, India, Europe, Australia and elsewhere. He received several Commendations for his work.
He also worked with the Serious Fraud Office and the Home Office, London, and the Economic Crime Directorate of the City of London Police.
Ray’s real-world experience gives authenticity to his stories, immersing the reader in the grim realities, uncertainties and frustrations of crime investigation, and of human nature.
If not writing Ray might be found mountain hiking, watching rugby, skiing, reading, sailing or in the gym.
For more information, please visit: http://www.raybritain.com/