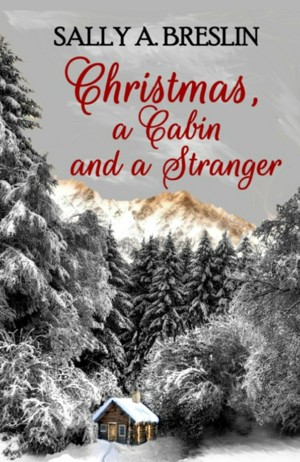 Christmas, a Cabin and a Stranger

By Sally Breslin
After her boyfriend, who also happens to be her boss, leaves her, Laurel’s only Christmas wish is to be alone. She rents a cabin in the woods, where she hopes to concentrate, undisturbed, on writing her first novel. But she soon discovers the cabin is not what it appears to be…and neither is the charismatic stranger who shows up on her doorstep one morning...but leaves no footprints in the snow. More
Laurel’s only Christmas wish is to get as far away from the city, the festivities and especially her ex-boyfriend (who also happens to be her boss), as possible and spend the month of December working on her first novel.

When a rental agent locates a cabin deep in the woods and offers it to Laurel, she leaps at the opportunity to stay there for the month. But as soon as she arrives, she senses that something isn’t right about the place. For one thing, she feels she constantly is being watched, even though the area is completely isolated. And then there is Doug, who appears on her doorstep one morning. He is handsome, helpful and friendly, and Laurel immediately is attracted to him. But he carefully avoids divulging any information about himself, other than he lives nearby, whenever she attempts to get to know him better.

Sally A. Breslin was born and raised in New Hampshire, where she still resides, so she is a true New Englander through and through.

She developed a passion for writing at a young age and began keeping a daily journal when she was only 12, which she has continued to do ever since. She says her journals are like having her own time machine because, for example, she can look up what she ate for breakfast or watched on TV on any given day.

Her work first was published in the 1960s when she became a stringer for a New York-based magazine called DATEBOOK, which provided her with the opportunity to interview many of the famous entertainers of that era. For over 20 years, she worked as a newspaper correspondent and photographer for a number of New Hampshire-based newspapers, covering everything from presidential primaries to local bake sales.

From 1984 –2013 she also interpreted dreams in her weekly newspaper columns, “What Do Your Dreams Mean?” and "Dreams...with Sally Breslin," which led to a regular spot on WJYY Radio as “The Dream Lady,” as well as numerous other guest spots on radio shows across the country. She also was contacted by the FX Network in the early ‘90s and was offered a regular segment on its new morning show, “Breakfast Time,” with Tom Bergeron – which she turned down because it would have required her to move to New York.

From 1994 – 2016 she wrote a weekly humor column, "My Life," which was published in six New England newspapers. In 1996, she was named the New Hampshire Press Association’s columnist of the year.
She also has taught humor-writing classes for Concord Community Education.

Her short stories have been published in dozens of magazines and also in the books: "A Second Chicken Soup for the Woman’s Soul," "Chicken Soup for the Soul at Christmas," "The Dog Really Did That?," and "Belly Laughs and Babies," for which she won a national humor-writing contest.

Her humor columns, both new and archived, can be read on her blog: www.sallythedreamlady.com.

Sally’s first novel, "There’s a Tick in my Underwear!," which is based on her 1962 journal, is a humorous coming-of-age story about wilderness camping and young love. She also has written two suspense novels, “Heed the Predictor” and the sequel, “Conceal the Predictor,” about a young woman who knows the exact date, time and way in which every person she meets will die.

She was married to her late husband Joe for 41 years, and currently resides out in the country with her two guard dogs. She enjoys walking two miles every day, candlepin bowling, playing Word Whomp online and riding on old-fashioned wooden roller coasters. 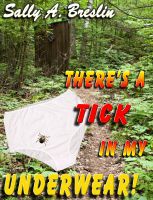 You have subscribed to alerts for Sally Breslin.

You have been added to Sally Breslin's favorite list.

You can also sign-up to receive email notifications whenever Sally Breslin releases a new book.