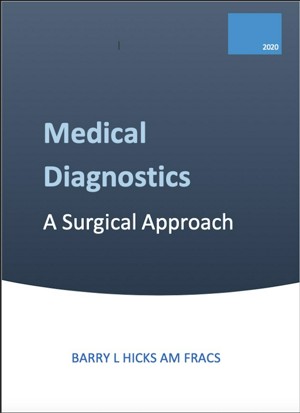 P.S. There are now a goodly number of my former students whom I would allow to operate on me!
Available ebook formats: epub
Price: $6.99 USD
Buy Add to Library Give as a Gift
How gifting works
Create Widget
Tags: medical surgeon surgery diagnostics health sciences
About Barry Hicks

Barry Hicks is now approaching his 82nd year and thoroughly enjoyed his life. During that time he worked as a surgeon for more than 50 years in both Australia and in Ethiopia. Barry also spent time in India, and a number of other central and west African countries. In Ethiopia he was associated with a Christian mission but generally worked in government hospitals or as an Associate Professor in two Ethiopian Universities where he taught Surgery.
He has been married to his wife Robin for 57 years. They have seven children (two adopted Ethiopian lads), a fair number of grandchildren and even a few great grandchildren.
He retired from Arba Minch University in Ethiopia at the end of 2017 and now lives in North Queensland on a small farm raising sheep, writing and preaching.

Reviews of Medical Diagnostics - A Surgical Approach by Barry Hicks

You have subscribed to Smashwords Alerts new release notifications for Barry Hicks.

You have been added to Barry Hicks's favorite list.

You can also sign-up to receive email notifications whenever Barry Hicks releases a new book.