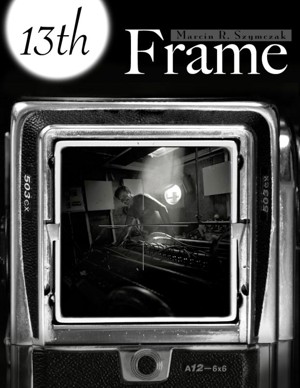 Theoretically, we should try to glorify the Author’s person here. But because he lives in far Eastern-European country called Poland, we concluded there is no sense in doing that.

No one from you will ever meet him, so there’s no point in making any marketing efforts allowing you to see his character nicer.

Instead, we will briefly describe his random attributes.

At first, he is a little bit older than Jesus when unknown perpetrators killed him. And he has, like Jesus, a beard.

Unfortunately, we cannot find any more resemblances to any famous person.

Marcin “Rudolf” Szymczak today acts as an author and writer, but he’s also a photographer (he says he had some exhibitions, but couldn’t prove it). And motorcyclist. Father and husband. Runner and old movies’ amateur. He also wanted to write here “musician”, but - based on dust layer on his piano – we rejected it.

In one word – ordinary, common guy, like millions of others.

But the book he wrote – is exceptional in every sense. So go now, and read it!

You have subscribed to alerts for Marcin R. Szymczak.

You have been added to Marcin R. Szymczak's favorite list.

You can also sign-up to receive email notifications whenever Marcin R. Szymczak releases a new book.