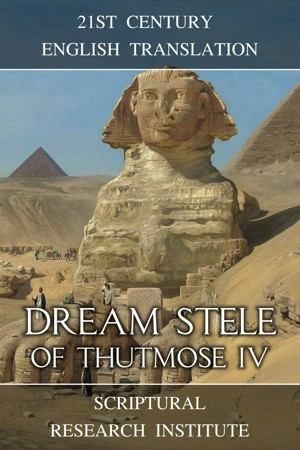 One of the things that Thutmose IV is most famous for, is digging the sphinx's body out of the sand that had filled the sphinx enclosure, which early Egyptologist interpreted as digging the enclosure itself and creating the sphinx's body. This is no longer the accepted reading of the Dream Stele, and it is now believed Thutmose IV merely restored the sphinx's body. Nevertheless, if the sphinx's enclosure was filled with sand, then the sphinx temple and the neighboring red granite temple must have also been filled with sand, and so Thutmose IV must have uncovered more than just the Great Sphinx. Unfortunately, the lower section of the Dream Stele is damaged, and so we do not know how it ended. Egyptologists generally assume it was a list of donations that Thutmose IV made to various temples, which would be consistent with other steles and biographies from the time.
Available ebook formats: epub
Price: $2.99 USD
Buy Add to Library Give as a Gift
How gifting works
Create Widget
Tags: amenhotep sphinx giza thutmose great sphinx amenhotep ii dream stele thutmose iv