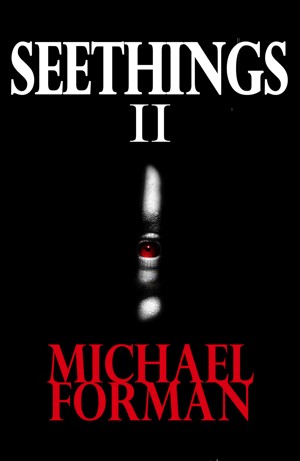 Will she get the happy ending her mother had always dreamed of? Or will she find out exactly how her mother died before sailing off with him?
Available ebook formats: epub mobi pdf lrf pdb txt html
First 10% Sample: epub mobi (Kindle) lrf more Online Reader
pdb
Price: $1.99 USD
Buy Add to Library Give as a Gift
How gifting works
Create Widget
Tags: sex sea sailing ocean photography boating fertility boats toxic yachts
About Michael Forman

Michael began writing copy for newspapers in the early ’90s.

“As a photographer with a growing collection of travel photographs, I began writing copy to get them published. I sold my first story to a major Australian newspaper in 1994. Since then, my work has been printed in United Kingdom and New Zealand.”
-Michael Forman

Michael became the recipient of a diploma: Photography with Journalism.

Seethings became an entirely new writing project…. one that didn’t require a camera at all. It was to become a novel.

“I was itching to expand my creative horizons by using self-directed characters and narratives, drawing pictures with words not film.”
-Michael Forman

Seethings and Waves of Darkness are the first two books of a trilogy – a darker look at love, marriage, sex and photography. It’s about a photographer who’s eager to shoot the perfect thunderstorm but ends up inside a storm of the psychological kind.

The narrative places the reader at a cliff on the banks of the Brisbane River. A body is found near the Story Bridge by morning joggers after a night of wild thunderstorms.

Get ready for twists that will bend your senses!

(Podcast Avail: Use 'The Dirty Rabbit Hole Podcast' as search criteria in your favorite casting app.)

Reviews of Seethings 2 by Michael Forman

You have subscribed to alerts for Michael Forman.

You have been added to Michael Forman's favorite list.

You can also sign-up to receive email notifications whenever Michael Forman releases a new book.