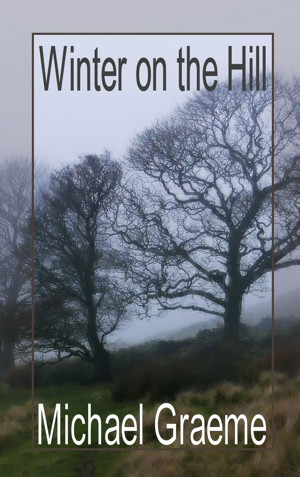 Winter on the Hill

By Michael Graeme
Disillusioned climate activist, Rick Yeager realizes two things: first the human race is finished, and second, since it's too late to do anything about it now, he might as well look for something else to occupy what's left of his time. Burn some diesel in a four by four truck? Climb some hills? Fall in love?

That would be fine, if he wasn't still so angry! More
Rick Yeager's campaigning in the teeth of a hostile political climate has landed him with a criminal record for civil disobedience. Then comes the crushing defeat of leftist politics in the 2019 UK General Election. His sense of defeat is overwhelming, his self-worth at rock bottom. But then he meets Big Al who invites him on a walk up Pendle Hill with a bunch of fellow old timers, and their company renews his sense of purpose. So, should he dust himself down and make ready for sticking it to the man one last time? Or does he forget all that, and simply bliss out in the few decades remaining, both to him and the planet?

After all, who's interested in truth any more? All anyone wants is to know how to go on living as they do, while changing nothing.

Reviews of Winter on the Hill by Michael Graeme