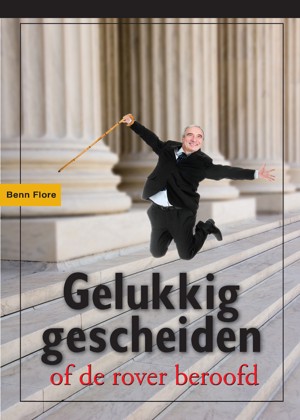 On the days he isn't playing soccer with his grandchildren, Benn Flore, Dutch published author and marketer with his own agency, Florad Fantasy, works on novels, screenplays, and every year one (short) movie production. A long time ago, he wrote for Dutch TV comedians and had his cartoons published in newspapers. After retiring from his local marketing agency, Benn took up writing once more. Five of Flore's books have been published, and a few have been (native) translated into English and adapted into short films. In 2010 Benn Flore won the Dutch local version of the American/Dutch Roosevelt Award by the Roosevelt Academy with his first novel Three Religions, One Killer. The award was presented by Franklin D. Roosevelt’s great-grandchildren. His first two screenplays also were awarded and ranked quarter and semi-finalists in cities such as Los Angeles, Atlanta, Rome and Cannes. His short film adaptions were screened in Turin, St. Petersburg, Moscow, Kiev, Los Angeles, Lisbon and the Netherlands.

You have subscribed to Smashwords Alerts new release notifications for Benn Flore.

You have been added to Benn Flore's favorite list.

You can also sign-up to receive email notifications whenever Benn Flore releases a new book.