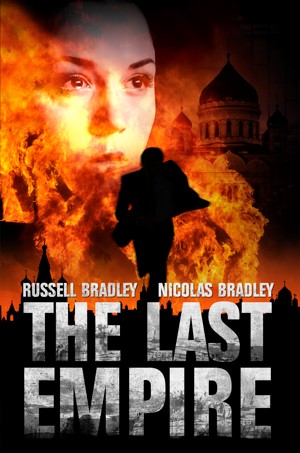 By Russell Bradley, Nicolas Bradley
A shocking political thriller on Russia during Vladimir Putin's presidency. More
Paris, 2011. Roland Ogier, a famous sports journalist, defected from the Soviet Union shortly before perestroika and has lived in France ever since. For thirty years he has not seen his son Sergey, who he left behind. All of Roland’s attempts to mend relations with his son have failed. That is why now, upon suddenly receiving a letter from Sergey asking for help, Ogier takes a flight to Moscow without delay.

However, having got his son back, Roland also discovers him in the middle of the Russian power struggle—the intensity of which is pushed to the limit by the upcoming parliamentary and presidential elections. Ogier decides to help Sergey, no matter what it takes. Yet he is still oblivious to how insignificant a human life may be when the stakes involve a vast country’s assets running in the billions of dollars.

This is a story of human love and inhuman greed. A story of money vested with absolute power. A story of the Last Empire.

The Last Empire was co-authored by a father and son. This type of joint authorship, one of the rarest in world literature, has in this case proven immensely successful, allowing the authors to incorporate the perspectives of two generations on the described events. As a result, the story of a father’s return to his native country to help his son whose life is in danger has taken an unusually vivid and dynamic form.

Having lived in Russia for a long time, the place where a significant part of the novel is set, the authors present the readers with the real face of a country overgrown with countless myths. As a result, The Last Empire, albeit a work of art, contains a candid account of events that occurred in the largest country of the world at the turn of the twenty-first century. And even though the story told in the novel may at first glance strike the reader as unthinkable, one is well reminded that reality may at times be far more surreal than any fiction.

You have subscribed to alerts for Russell Bradley, Nicolas Bradley.

Would you like to favorite Russell Bradley, Nicolas Bradley?

You have been added to Russell Bradley, Nicolas Bradley's favorite list.