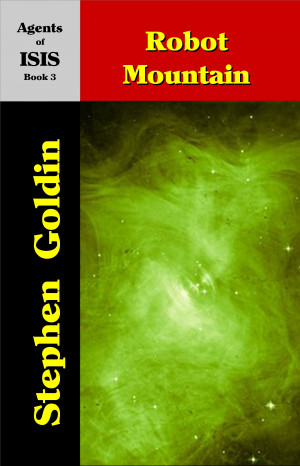 By Stephen Goldin
By sheer accident, the Imperial Special Investigation Service stumbled across a fiendish plot against the Empire--using a time bomb to blow up the tsaritsa and throw the galaxy into chaos.Now, to learn the truth, its agents must infiltrate a hollow mountain, the lair of a mad robotic genius, while simultaneously protecting Her Majesty from a hidden assassin. And somewhere, a time bomb is ticking More
Welcome to the first great space opera decalogy of the twenty-first century! Agents of ISIS is the 21st century re-envisioning of the Family d'Alembert series by its original author, an epic saga describing the fight to preserve humanity from the forces of chaos and destruction.

By sheer accident, the Imperial Special Investigation Service stumbled across a fiendish plot against the Empire--using a time bomb to blow up the tsaritsa and throw the galaxy into chaos.

Now, to learn the truth, its agents must infiltrate a hollow mountain, the lair of a mad robotic genius, while simultaneously protecting her majesty from a hidden assassin.