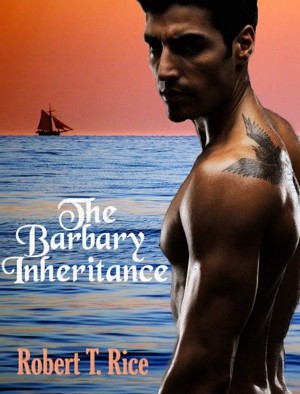 By Robert T Rice
Abandoned by his father at an early age, Zak’s life is saved by the owner of a brothel, Madam Ziya.

He is adopted by the notorious Del Greco and learns the ancient art of piracy.
During his passage through life, he falls foul of Lord Rosemount of the Royal Navy - both men have vowed to destroy the other.

One of them will die! More
Zak was a child alone in a strange city – and starving. Weakened by weeks without food he hadn’t the strength to flee when he stole a loaf of bread.
The incident was witnessed by Madam Ziya who bribed the official not to carry out the usual sentence of cutting off the offending hand. Madam Ziya then adopted Zak and educated him in the ways of life.
When old enough, Zak was taken to sea by notorious pirate Captain Del Greco – the lover of Madam Ziya – and soon became a father figure to Zak.
Timothy Rosemount was the son of Lord Rosemount and when Timothy and Zak met there was an instant hatred between them – fuelled by the fact that both men had fallen in love with Abigail.
Zak accidently killed Abigail’s father and was hunted down relentlessly by Timothy who had joined the Royal Navy – resulting in a series of ferocious sea battles.
Lord Rosemount’s gambling addiction threatens to leave Timothy penniless but is saved when he captures Zak’s fortune. The sole benefactor will be Timothy’s only daughter Lana – to whom he is devoted. However, Zak has become devoted to Lana also.
Zak or Timothy must die – it is only a matter of time.
Available ebook formats: epub mobi pdf rtf lrf pdb txt html
First 10% Sample: epub mobi (Kindle) lrf more Online Reader
pdb
Price: $3.44 USD
Buy Add to Library Give as a Gift
How gifting works
Create Widget
Tags: fiction thriller adventure sea pirates royal navy skullduggery
About Robert T Rice

A long time ago Robert was born in Helensburgh on the River Clyde (west coast of Scotland) before travelling overseas to live in Gourock – on the other side of the Clyde.
‘Born to write’ – although he managed to serve on HMS Ark Royal, create a successful building company, become an hotelier and poultry farmer and excel as a property developer. All of this before he was ‘born to write’.
Happily retired, he has been able to spend more time with his family, play golf (restricted to only 6 days a week nowadays) and fulfil a lifelong ambition of writing and publishing adventure fiction novels.
Past Captain and Honorary Member of Gourock Golf Club, raconteur and all round great guy.

Reviews of The Barbary Inheritance by Robert T Rice

You have subscribed to Smashwords Alerts new release notifications for Robert T Rice.

You have been added to Robert T Rice's favorite list.

You can also sign-up to receive email notifications whenever Robert T Rice releases a new book.