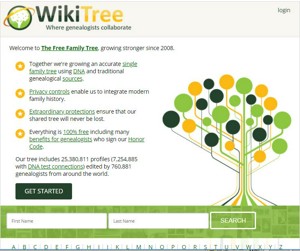 Leslie Ray Sears, III attended Yorktown High School, Arlington, VA and received a BSEE from Carnegie Mellon University in Pittsburgh, PA. He had an ROTC scholarship there and was commissioned a 2LT in the US Army in 1974. He served in the Signal Corps until 1982 and was a platoon leader in the 25th Signal Battalion, and Company Commander of the 232d Signal Company, Worms, Germany. He has been working on the Sears Family History since 1976 and is author of Sears Genealogical Catalogue c.1992 and a follow-on series of newsletters. As Family Historian, he maintains the website for the Sears Family Association™

He graduated from the University of Utah MBA, 1974 paid for courtesy of the US Army and taxpayers like you!

After finishing his Army career he worked in the oil patch for Halliburton Services and received patents for his work on oil well cementing instrumentation.

With 17 years of oilfield work as a research engineer he decided to try his hand at the dot.com world during the boom of the late 90s. Working at Cape Internet he helped provide Internet Service via dial-up MODEM to 20,000 subscribers on Cape Cod. That company was purchased by Earthlink so he went to work for eJobBid - a custom home insulation application and then intraMedia, a custom software development firm.

Returning to Oklahoma, Ray worked for Northrop Grumman Corporation on Air Force contracts at Tinker AFB for 17 years and retired in the summer of 2018 to pursue his genealogy interests full-time!

You have subscribed to alerts for L. Ray Sears III.

Would you like to favorite L. Ray Sears III?

You have been added to L. Ray Sears III's favorite list.