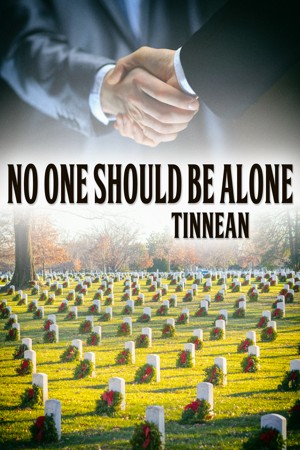 No One Should Be Alone

When the WBIS is disbanded, Mark Vincent agrees to being recruited by the CIA. Things don’t go well since the Company doesn’t trust him. Quinton Mann is willing to give Mark a chance, but their mission falls apart due to interference. Now Mark wants out, and Quinn can’t blame him, although he doesn’t want the former special agent to leave. Will a drink on Christmas Eve change things for both men? More
The New Year of 2002 starts off with a literal bang, when Mark Vincent is called to WBIS headquarters and learns the Washington Bureau of Intelligence and Security has been disbanded. He’s not happy with the situation, but he’s ready to make his own way in the intelligence waters of DC. However, when Trevor Wallace, known as The Boss, requests he accept the CIA’s offer of a job, Mark reluctantly agrees. He isn’t surprised to find working for the CIA is exactly what he expected, with the Company not allowing him to do his job. Mark lets his resentment be known as he’s partnered with one officer after another, with no success. As a result, he’s determined to leave the CIA, in spite of his promise to the man whose opinion he valued so highly.
Quinton Mann is viewed as royalty in the intelligence community. He had a run-in with Mark Vincent a few years before, while Vincent was still senior special agent for the WBIS, and Quinn had developed a healthy respect for him. Now, however, it’s his turn to partner with the man considered by the alphabet agencies to be a sociopath.
Quinn can see what the problem is, and he’s aware Vincent might not remain CIA for long. Now, the year is drawing to a close. Will a drink on Christmas Eve change things for both men?
Available ebook formats: epub mobi pdf lrf pdb html
First 20% Sample: epub mobi (Kindle) lrf more Online Reader
pdb
Price: $2.99 USD
Buy Add to Library Give as a Gift
How gifting works
Create Widget
Tags: holiday spies alternate reality spooks enemies to lovers
About Tinnean

Reviews of No One Should Be Alone by Tinnean