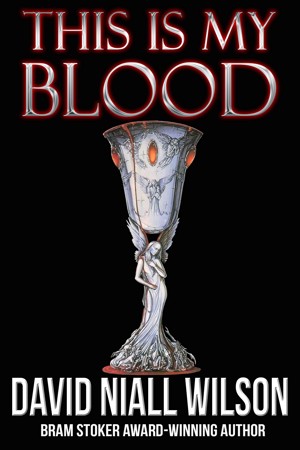 This Is My Blood

Cursed to follow him and drink the blood of his followers, Mary walks a fine line between her desire to love and support the Christ, and her burning need to return to Heaven. This novel takes the world of faith, which was the world of men, and of the apostles, and shows it through the eyes of a fallen angel – one who has, in her own words, walked the roads of both Heaven, and Hell. She doesn’t believe there is a God…she knows.

Faithful to the storyline of the original gospels, only weaving in new things when there are gaps in the old, this is a novel of faith, redemption, and ultimate sacrifice.

PRAISE FOR THIS IS MY BLOOD

"Wilson’s tale is enchanting, deeply religious without being judgmental or hypocritical. Beautifully written, it’s definitely worth the cost and the time to read. Highly recommended for budding digital collections." - Michelle Lee

"While rooted in the realm of horror & dark fantasy, This is My Blood is in reality a personal journey more complete and deeper then nearly anything I’ve read. It’s been an incredible experience for me, and I believe it will be for you if you take a leap of faith on it." - Steve Dawes - FlamesRising.com
Available ebook formats: epub mobi pdf lrf pdb html
First 20% Sample: epub mobi (Kindle) lrf more Online Reader
pdb
Price: $3.99 USD
Buy Add to Library Give as a Gift
How gifting works
Create Widget
Tags: vampires angels historic fiction dark fantasy gospel judas fallen angels religious fantasy book of judas
About David Niall Wilson

Reviews of This Is My Blood by David Niall Wilson