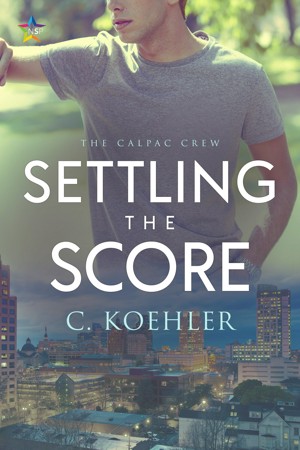 Only by sacrificing his principles can he weather a family tragedy to save his younger brother. More
Stuart Cochrane and Philip Sundstrom are very busy men. Stuart, freshly graduated from California Pacific, works as much as he can to save money for medical school. Philip, now in charge of the family home-construction company, works long hours to save the company from his father’s blunders and back-stabbing cronies. A chance encounter brings them together and the attraction is fierce and instant. While neither has time for a relationship, they can’t keep away from each other.

When the National Team recruits Stuart to cox, only Philip understands that Stuart’s sick of rowing and wants nothing more than to start medical school. When Philip’s board of directors plots to remove him from his own company, Stuart helps him scheme and strategize. Despite their emotional and sexual chemistry, Stuart’s hang-ups about money and rich people doom their fledgling relationship. But after a personal tragedy, Stuart must overcome his prejudices and accept Philip’s help. Can Philip set aside his broken heart to help Stuart in his hour of greatest need and, dare he hope, a family?
Available ebook formats: epub mobi pdf lrf pdb txt html
First 20% Sample: mobi (Kindle) lrf pdb Online Reader
Price: $6.99 USD
Buy Add to Library Give as a Gift
How gifting works
Create Widget
Tags: romance family drama gay lgbt bisexual sports mm romance medical student
About C. Koehler

You have subscribed to alerts for C. Koehler.