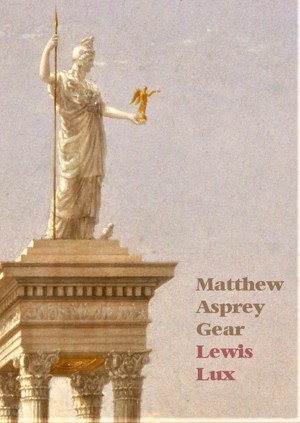 Lewis intends to spend the summer of 2019 at his regular table at Le Jardin d'Eden in Edinburgh. On a diet of croissants and coffee, under the Gérard portrait of Madame Récamier, he will write MARANATHA: ABOVE THE EAGLES, his latest magisterial novel of Ancient Rome.

Alas, Lewis's tranquility is disturbed by yet another family crisis -- the threat of repossession of their home. Ever resourceful, Lewis races across Europe to recover a long-lost antiquarian book he once loaned to his PhD supervisor. Its purported value will neatly pay off the family debt, but recovery from the elusive Professor Ballantyne will not be easy. Luckily this time Lewis is accompanied by his seven-year-old grand nephew, Jerzy, who is just as eager to save their home.