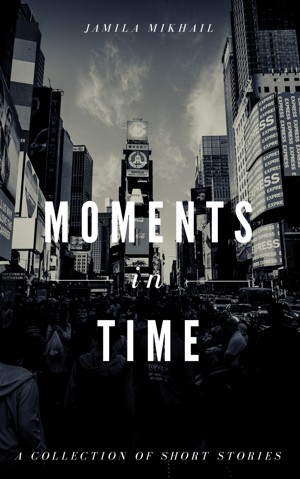 Jamila Mikhail, or simply Mila for short, is an award-winning author based out of Ottawa, the capital of Canada. In 2018 she was one of the people who received the title of Top Writer on Quora and over the years she has also received several awards for her poetry and short stories ever since she started writing on a serious basis in 2011. Mila is currently working towards a degree in Indigenous Studies and Environmental Studies. In her spare time Mila also enjoys various hobbies including photography, gastronomy, building toy models of various sizes and studying a variety of things including history, criminology and foreign languages. Most of all though, she enjoys being the company of her cats Squeaker and Carling. She thinks that writing about herself in the third person is strange.

Reviews of Moments In Time by Jamila Mikhail

As a short story writer, this book is what I love to read. The stories are powerful and profound even if they are short. I highly recommend this compilation to short story fans everywhere.

You have subscribed to alerts for Jamila Mikhail.

You have been added to Jamila Mikhail's favorite list.

You can also sign-up to receive email notifications whenever Jamila Mikhail releases a new book.