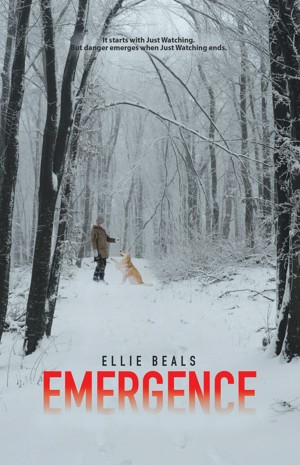 By Ellie Beals
It starts with Just Watching. But danger emerges when Just Watching ends. When the “wild child” Xavier ­ first encounters Cass Hardwood and her dogs in the woods of West Quebec, he is enthralled. Unknown to them, he Just Watches them in a lengthy ongoing surveillance, before ­ finally staging a meeting. His motives are uncertain—even to him. More
“A slow-burn thriller. Emergence …. makes for a deliciously disquieting ride…”—4.5 IndieReader Approved Review

“Cass has many moments in the woods when the hair on the back of her neck rises and she cannot identify why, and the reader shares that sensation…”—Front and Finish Journal

When the “wild child” Xavier ­ first encounters Cass Hardwood and her dogs in the woods of West Quebec, he is enthralled. Unknown to them, he Just Watches them in a lengthy ongoing surveillance, before ­ finally staging a meeting. His motives are uncertain—even to him.

The intersection of the lives of Cass, a competitive dog handler; her dogs; her cousin Lori; and the complex and enigmatic Xavier leads them all into a spiral of danger. It starts when Just Watching ends—when Cass and her crew encounter tragedy in the bush. Xavier’s involvement in the tragedy, unknown to Cass, sets off a chain of potentially lethal events that begin in the dark woods of Lac Rouge, when hiking, skiing, hunting, trapping, marijuana grow-ops, and pedophilia collide. It matures in the suburbs of both Ottawa and Baltimore, and culminates back in Lac Rouge, when Lori’s spurned and abusive lover arrives uninvited at Cass’ isolated cabin in the woods. In the night. In the cold. In the heavily falling snow. His arrival is observed by Xavier, whose motives are again uncertain, but whose propensity for action is not.

Join Xavier, Lori, Cass, and the realistic and compelling dogs that are essential players in this dark drama as their fates converge in a deadly loop of revenge, fear, guilt, and hope.
Available ebook formats: epub
Price: $3.99 USD
Buy Add to Library Give as a Gift
How gifting works
Create Widget
Tags: psychological thriller psychological suspense mystery with dogs thriller with dogs
About Ellie Beals

Ellie Beals grew up Baltimore, Maryland and moved to Canada when she was 20. She spent the majority of her professional career as a management consultant in Ottawa, Ontario. Plain language writing was one of her specialties.

Dogs have been a constant in Ellie's life from the time she was a child. In the mid-1990s, she started to train and compete in Obedience with Golden Retrievers, with considerable success. In 2014, she had the highest-rated Canadian obedience dog (Fracas—upon whom Chuff is modelled), and her husband David Skinner had the second-rated dog. During a ten-year period, both Ellie and David were regularly ranked among Canada's top ten Obedience competitors. They have an active obedience coaching practice in Ottawa, having retired from their previous professional careers in order to spend more time playing with their dogs and their students.

Like Cass and Noah Harwood, Ellie and David have a log cabin in the wilds of West Quebec, where Ellie is an avid wilderness recreationist, constantly accompanied by her dogs. As COVID-19 spread in March of 2020, she and David temporarily shut down their coaching practice and retreated to their cabin, where Emergence was written. Lac Rouge is not the real name of the lake on which they live. Everything else about the locale for Emergence is faithful to the character of the gentle Laurentian mountains of West Quebec. 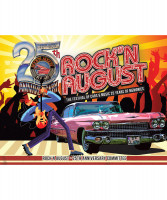 Reviews of Emergence by Ellie Beals

You have subscribed to alerts for Ellie Beals.

You have been added to Ellie Beals's favorite list.

You can also sign-up to receive email notifications whenever Ellie Beals releases a new book.