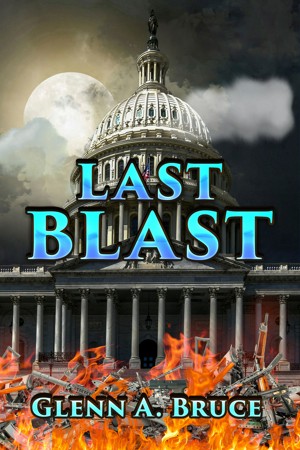 By Glenn A. Bruce
Adult

Glenn A. Bruce wrote the hit movie Kickboxer, and wrote for Walker: Texas Ranger, Baywatch, the original G.L.O.W. Show, and Cinemax’s Assaulted Nuts. He holds an MFA from Lindenwood University and was an associate professor at Appalachian State University for over 12 years where he taught Screenwriting, Acting for the Camera, and Video Production, which resulted in several awards for writing and directing. Glenn has had over 50 short stories, essays, and poems published in the U.S., Britain, Canada, Australia, and India. He currently judges a tri-annual short story contest, writes 1-2 screenplays per year, and recently finished his 17th novel.

Learn more about Glenn A. Bruce

Reviews of Last Blast by Glenn A. Bruce

You have subscribed to alerts for Glenn A. Bruce.

You have been added to Glenn A. Bruce's favorite list.

You can also sign-up to receive email notifications whenever Glenn A. Bruce releases a new book.