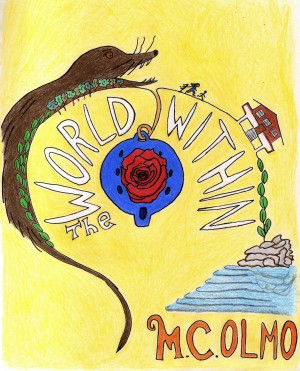 By M.C. Olmo
- Green Book Festival - Honorable Mention (2012)
- Halloween Book Festival - Honorable Mention, Fantasy (2012)
- New England Book Festival - Honorable Mention, Regional Literature (2012) More
A kid gets kidnapped by a strange creature in a forest. His sister sets out to find him, but on the way there, she meets fantastic creatures and discovers something special. Some of these creatures might help her, others won't. Will she find her brother before it's too late?
A fantasy and adventure novel set in the mountains and caves of Naguabo, Puerto Rico, at El Yunque's rainforest backside. The story is full of twists and unexpected turns that will keep the reader engaged in a labyrinth of thrills. Excellent for youngsters aged 9 to 13 or for the child within you.

Marielba Cancel Olmo was born in San Juan, Puerto Rico and grew up in the town of Río Piedras. She has taught English, Science and Spanish, and has worked as writer and translator. She lived in England for three years while pursuing a PhD in English Literature, where she received an ORS (Overseas Research Student Award), and then moved to Barcelona for a year. She returned to Puerto Rico in 1999, where she currently resides. She has written many poems and short stories for several publications. The World Within (2011) is her first novel. The book has won three Honorable Mentions: the Green Book Festival in San Francisco (May 2012), the Halloween Book Festival (October 2012), and the New England Book Festival (December 2012). Philomena Sparks and The Curse of the Big Ben is her second novel. It won a Honorable Mention at the London Book Festival (2013) and a Runner-Up place in the Sci-Fi / Fantasy category at the Sharp Writ Book Awards (2013). 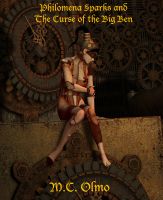 You have subscribed to alerts for M.C. Olmo.

You have been added to M.C. Olmo's favorite list.

You can also sign-up to receive email notifications whenever M.C. Olmo releases a new book.