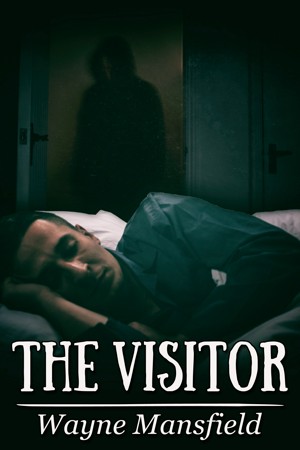 The night is cold and dark, but Clay needs to escape the four walls of his home after being stuck there in lockdown. It isn’t the first time he’s left home for non-essential business. However, it’s the first time he experiences such an overwhelming sense of being followed. He calls into darkness then turns, hurrying in the direction of home and wondering if he will get there safely. Or not. More
There was a lot about the COVID-19 virus that wasn’t understood. For the health of the general population, being put on lockdown was completely understandable. But knowing the reason and even agreeing with it doesn’t make it any easier to endure.

Clay is beginning to feel the mental strain of being at home all the time. He is sick of his furniture, sick of his books, and sick of everything else in his bubble world. That’s the reason he sneaks out to go for nocturnal walks around the neighbourhood. And he isn’t the only one. One evening, he begins to regret he ever left the house.

As walks past an abandoned wreck of a building in a very unsavoury part of town at night, he gets a sense he is no longer alone. He picks up the pace and hurries away, but no matter what he does, he can’t shake the feeling someone, or something, is following him. He calls out into the darkness and immediately regrets it. Rather than knowing if anyone is there, he’d much rather know if he’s going to make it home or not.
Available ebook formats: epub mobi pdf lrf pdb txt html
First 20% Sample: epub mobi (Kindle) lrf more Online Reader
pdb
Price: $1.99 USD
Buy Add to Library Give as a Gift
How gifting works
Create Widget
Tags: gay
About Wayne Mansfield

You have subscribed to alerts for Wayne Mansfield.

You have been added to Wayne Mansfield's favorite list.

You can also sign-up to receive email notifications whenever Wayne Mansfield releases a new book.