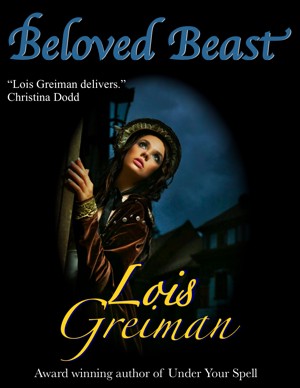 By Lois Greiman
Swift Torree is a lass with a bonny face, a clever mind, and fingers just meant for thievery.

Brenan Mackay is a giant of a Highlander charged with keeping the treasury safe from people of her ilk.

Will their meeting spell disaster for them both or will they find a way to join forces and make their own happily ever after?

Lois Greiman was born on a cattle ranch in central North Dakota where she learned to ride and spit with the best of them. After graduating from high school, she moved to Minnesota to train and show Arabian horses. But eventually she fell in love, became an aerobics instructor and gave birth to three of her best friends.

She sold her first novel in 1992 and has published more than thirty titles since then, including romantic comedy, historical romance, children’s stories, and her fun-loving Christina McMullen mysteries. A two-time Rita finalist, she has won such prestigious honors as Romantic Times Storyteller Of The Year, MFW’s Rising Star, RT’s Love and Laughter, the Toby Bromberg for most humorous mystery, and the LaVyrle Spencer Award.  Her heroes have received K.I.S.S. recognition numerous times and her books have been seen regularly among the industries Top Picks!

With more than two million books printed worldwide, Ms Greiman currently lives on the Minnesota tundra with her family, some of whom are human. In her spare time she likes to ride some of her more hirsute companions in high speed events such as barrel racing and long distance endurance rides.

You have subscribed to alerts for Lois Greiman.

You have been added to Lois Greiman's favorite list.

You can also sign-up to receive email notifications whenever Lois Greiman releases a new book.