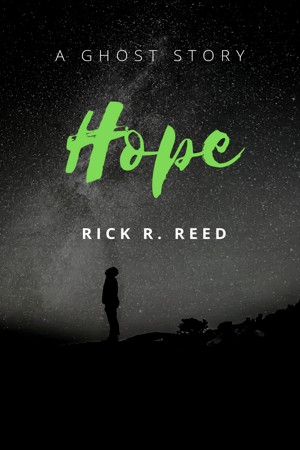 Todd expects his remaining time on earth to be spent alone. But Cal, his handsome next-door neighbor, has other ideas.

Cal is not the only surprise in Todd's new life. Todd begins having visions of an older woman, Essie, when he dims the lights. Is she just a figment of his imagination? Or is she a truth teller? When she talks to Todd, she's smart and hopeful.

When Todd tells Cal about the ghost, Cal knows her already because Todd's mother spoke with her before her death. Essie was a godsend when Todd's mom was in so much pain.

In their October 2006 issue, Unzipped magazine called Rick R. Reed: “The Stephen King of gay horror.” Reed has published ten novels, including the EPPIE-award winning Orientation in 2008, two collections, and his short fiction has appeared in more than 20 anthologies. He lives in Seattle, WA. Visit him on the web at rickrreed.com or rickrreedreality.blogspot.com.

You have subscribed to alerts for Rick Reed.

You have been added to Rick Reed's favorite list.

You can also sign-up to receive email notifications whenever Rick Reed releases a new book.