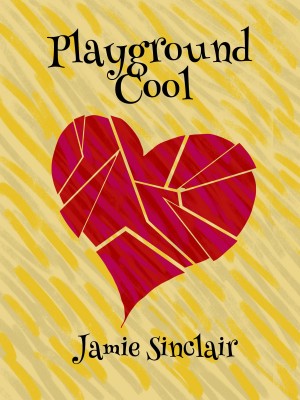 Praise for Playground Cool: "Mr Sinclair has certainly mastered the art of writing credible fiction from both a woman's and a man's point of view. The story held my attention right the way through and had me laughing, crying, getting angry, rooting for the underdogs and screaming at the lying, cheating sc*mbags!
I think it is a little grittier than the mainstream Chick-lit I have previously read and I personally think that actually makes it better. The author says himself in the blurb that it contains the obligatory "happy ending" but the stories are so well paced and structured that this feels neither fake nor forced in nature."

"This was a really exciting book, I enjoyed every minute reading it. There were many twists and turns which kept the story moving along. Definitely the kind of book I like to read and will definitely be looking out for future work from this author."

Originally I’m a Yorkshire boy (as of 1976 when I was born) but have lived in Lancashire since I was four. My parents moved to the seaside town of Morecambe. To this day I still love looking at the sea. When my wife and I bought our first house together, condition number was that it had to be near the sea. We were lucky enough to get one with a view right across Morecambe Bay. The town might be struggling, but I’ve been all over the world and have yet to see a better view. I occasionally post pictures of where I live on social media so if you’re interested that’s the place to look.

I have various qualifications including an MA in Creative Writing from Manchester Metropolitan University. I’d thoroughly recommend the course to anybody with an interest in writing if for no other reason than it’s great to be around like minded folk. I also have a BA (Hons) in English and Urban Policy as well as a Post Graduate Diploma in Health Management.

My favourite author is Stephen King. I maintain that when he’s on form he’s as good as anyone has ever been. He’s often sold short as merely a horror writer. Still, he’s hardly struggling for readers. My favourite book is Catcher in the Rye. I accept it’s not everyone’s idea of fun but if there was a book I wish I’d written (or was capable of writing) it’s that one. I tend to post about what I’m reading on the Goodreads website. They’re a friendly bunch so it’s worth stopping by.

I’m an armchair sports fan. I’m a passionate supporter of Liverpool Football Club and long for a return to the glory years. I also love watching golf but freely admit I enjoyed it a lot more when Tiger Woods was at the top of the game. Tennis is also a favourite. At school I was a big fan of Pete Sampras but in my view Roger Federer has changed the game beyond all recognition. When he’s at his very best, it’s more like art than sport.

I wrote my first novel – Playground Cool – in the summer of 1999. I had just graduated with my BA and was waiting to start the MA in September. I ended up submitting the book as part of my coursework. I was lucky enough to get an agent from my very first letter but then got a dose of reality in the form of a dozen rejection letters from publishers.

My second novel came close to publication with Transworld but the traditional book deal still eludes me. The advent of Kindle and Indie Publishing has made that less of an issue.

If you want to keep up with the latest news then you’re probably better off following me on Facebook or Twitter. 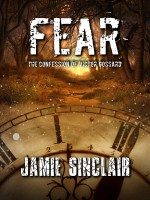 You have subscribed to alerts for Jamie Sinclair.

You have been added to Jamie Sinclair's favorite list.

You can also sign-up to receive email notifications whenever Jamie Sinclair releases a new book.