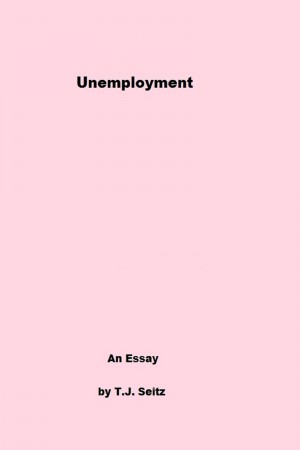 On the surface Mr. Seitz appears to be a quintessential middle aged male. TJ is married to his HS sweetheart and lives with his family in a suburban split level house located on the outskirts of Rochester, NY.

Seitz has spend the majority of his professional career working as an information technology specialist in the fields of education, criminal justice/law enforcement and procurement.

While working full time, TJ also attended college part time (and sometimes full time). To keep himself (relatively speaking) sane he majored and minored in non-technology subjects, earning a BA in English with a writing concentration from Saint John Fisher College and a MA in Social Policy from Empire State College.

As an undergraduate student TJ attended writing classes taught by George Saunders and Judith Kitchen (though neither teacher would probably remember him). Distractions like kicking virtual wasp’s nests on BITNET Listservs (predecessors to social networking sites like Facebook), soliciting donations for a Panty Alter fund and hanging out with a heavily medicated professional drummer named Dirtbag interfered with TJ’s ability to write anything particularly noteworthy for either class. He also attended a workshop at the Omega Institute mentored by Marge Piercy and Ira Wood.

In reality the stable full time jobs have been serving as functional fronts for TJ’s secret life as a writer. They provided him with money to pay his bills and experiential material to write about. The down side of working and going to college was that he did not have a lot of time to devote to writing and publishing. Adding a problematic first marriage, babies, a divorce, a few bouts with unemployment and colon cancer to the mix did not help much either.

Mr. Seitz's essays and letters have been printed in both local and national publications. His poetry has been published both in the United States and England.

Reviews of Unemployment by TJ Seitz

You have subscribed to alerts for TJ Seitz.

You have been added to TJ Seitz's favorite list.

You can also sign-up to receive email notifications whenever TJ Seitz releases a new book.